Theworkbuzz.com is reader-supported. When you buy through links on our site, we may earn an affiliate commission. Learn more 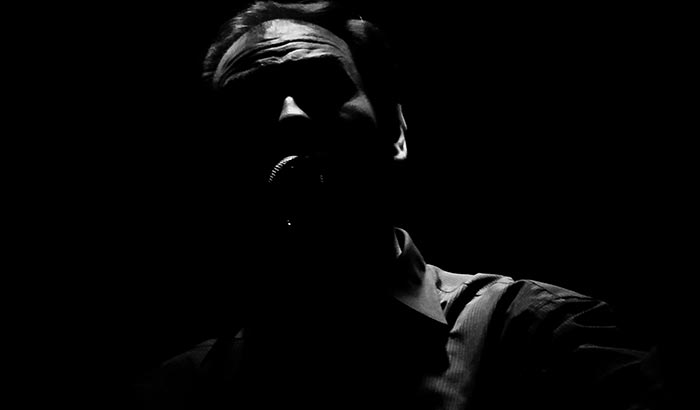 One of the many techniques in painting is known as chiaroscuro. It is a technique well used in the Renaissance that highly contrasts the dark with the light hues. In this day and age, the same method can still be applied. But how can chiaroscuro be used in art by modern artists? Using the advent of modern technology and aesthetic, chiaroscuro has found its place in contemporary art.

First and foremost, let us better understand what is the definition of chiaroscuro in art. The word chiaroscuro literally translates to “bright to dark.”

The Italian word chiaro means bright or clear, and scuro means dark or obscure. The word also acutely refers to paintings that display stark contrasts of light and dark.

It is a famous technique in the Renaissance era, primarily used for oil painting. It has developed from much earlier shadowing techniques. Leonardo Da Vinci was the first artist to have mastered this technique and effectively displayed it in his art.

However, this was before the use of oil-based paint. Da Vinci used charcoal for the dark shadows and chalk for the highlights.

An architect at that time discovered linear perspective, which gave artists an idea of how to incorporate perspective and depth into art. The discovery of oil-based paint contributed to realizing this idea.

Before oil-based paints, artists used tempera paint. It is a quick-drying paint that does not allow much room for blending. The oil-based paint enables the blending of the colors for a smoother and more natural transition from dark to light.

But if it is a technique in the Renaissance, how can chiaroscuro be used in modern art? As a matter of fact, contemporary artists have used this technique with or without realizing it. We see contrasts of dark and light in photographs, charcoal drawings, paintings that use acrylic paints, and sketches.

How Can Chiaroscuro Be Used in Art?

Mona Lisa, the famous painting by Leonardo Da Vinci, is known to have been achieved with the use of a technique called sfumato. Da Vinci used this technique to achieve a realistic creation. So if such a technique exists, why do artists use chiaroscuro?

Aside from the sfumato, Leonardo Da Vinci also used the chiaroscuro technique to paint Mona Lisa. While the sfumato is used to soften the transition of colors, blurring the edges and the background, chiaroscuro is used to draw out some aspects of the artwork.

Chiaroscuro is Used to Create a Dramatic 3D Effect

Chiaroscuro is used to create drama. The dark tones against the light heavily emphasize the object of interest. Aside from placing the subject of the art under light, artists also use this technique to add depth and achieve a 3D effect.

In modern painting, we still see the subject of art against the dark shadow. The use of lighter colors to imitate light cast down on the subject is chiaroscuro. The modern term hyperrealistic drawing can be closely associated with this technique.

Most, if not all, hyperrealistic drawings do use dark tones to imitate the shadows, and they give off a 3D effect. The goal is to make it realistic, after all. Lighter tones are used on top of each other over a dark background. The gradient allows for the illusion of depth on a flat surface – a three-dimensional effect.

Modern photographs and filters also use this technique a lot. There are photographers who prefer to produce pictures wherein only the subject is visible. The background is dark, almost black, and the colors shown are on the topic. The lighting used also creates depth as it only comes from one direction.

Chiaroscuro is Used to Create Suspense and Mystery

The chiaroscuro technique can be associated with film noir in films and photography. The method gives off the feeling of suspense, mystery, and thrill. Film creators and photographers would use chiaroscuro if they want only a particular element in the frame to be seen.

Tim Burton’s works are a very befitting example of chiaroscuro in the film industry. Take, for example, the Corpse Bride. The motion picture film succeeded in giving off an eerie vibe with the use of chiaroscuro. The dark background and light on the characters emphasized the subject.

Basically, chiaroscuro is used to suggest a heavy feeling. A dark scene effectively brings out the drama. It also brings the viewer’s attention to specific elements where the light is cast, and it defines space and depth on a flat surface, showcasing a natural solid form.

How to Create the Chiaroscuro Effect 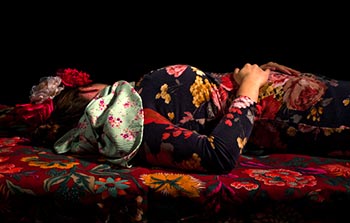 We have long established that chiaroscuro applies dark shadows to bring out light colors. Here is a simple step-by-step procedure to bring this effect to a painting or drawing.

Assuming you already have your basic sketch, you will want to understand where the light will come from. Get a reference if you need one or study how light creates strong and soft shadows on an object.

This is especially crucial if you want to create a 3-dimensional effect. Suppose your subject has multiple planes; you want to get most of the shadows correct, if not perfect.

Step 2: Create the Shadows and Apply the Highlights

Apply the shadows against your lines or strokes, whether soft or hard. While doing this, bear in mind where the light is coming from. Where should it touch? How bright should it be? Is it as bright on one area of the surface as on the other?

Often, when using the chiaroscuro, the sfumato is also used. Sfumato is for the softening of the transition from light to dark.

Assess if you need to apply highlights as you look at your artwork. Make sure the brightest area on your canvas is where the light touch most. Again, get a reference or a mock-up display if you need help determining the placement and amount of the shadow and the light.

To add the depth of the 3-dimensional effect, darken your background. The light shadows and the subject itself will stand out against a really dark background. And if your edges are soft enough, almost inconceivable, you might just get the realistic effect that you’re going for.

Art techniques never truly go out of style; even if chiaroscuro originated in the Renaissance era, it still has use in modern art. It only goes along with the evolution of art mediums and styles instead of staying behind.

Knowing the definition and how chiaroscuro can be used in art by modern artists, we see that there are endless possible ways to apply this technique. Using modern technology and more recent inventions for art and modern styles, artists today will find a use for the chiaroscuro technique.

Theworkbuzz.com is a participant in the Amazon.com Services LLC Associates Program, an affiliate advertising program designed to provide a means for sites to earn advertising fees by advertising and linking to Amazon.com. Amazon, the Amazon logo, AmazonSupply, and the AmazonSupply logo are trademarks of Amazon.com, Inc. or its affiliates. As an Amazon Associate I earn from qualifying purchases.